“I wanted to fill you in sooner,” Becca said to her granddaughter, Sarah, who cradled a mug of hot tea in her lap, “but it’s been hard to find the right time.” She rubbed her weathered hands, adjusted the pillows at the base of her spine, and then straightened her skirt over her knees. The two of them were cozied up on Becca’s favorite, down-filled love seat in front of the fireplace. She’d typically have lit a fire to take the damp out of the air but had opted not to restock the woodpile this year. Sarah waited with expectant eyes for her to continue. She twisted her tea bag around a silver spoon, squeezing out the last of bits of flavor.

But Becca looked past Sarah, through the large, paned window with a view of the sea. The glass was streaked with salt and sand, and there were cobwebs between the screen and the storms. Outside a gentle rain was falling, a purifying springtime shower, and Becca paused to count her blessings. Number one, she was healthy. Two, she was ensconced in this beloved, ancestral home, Eden, for the summer season. And three, here was Sarah, all aglow by her side, pregnant, of all things, with Becca’s first great-grandchild.

“So?” asked Sarah, peering over her dark-framed glasses.

“Well, this is quite difficult.” Becca stopped again, looking up at the ornate molding and fidgeted with her wedding ring. She forced the words out of her mouth: “I discovered something quite alarming after your grandfather died.”

Sarah squinted, and cocked her head, twisting her long red hair into a rope in front of one shoulder. Becca turned on a reading lamp, as the rainclouds were obscuring the natural light.

“Going over our estate with the lawyer, well, it seems he was not careful.”

“Not careful?” Sarah gripped the love seat’s worn upholstery with one hand and spread her other across her stomach, striking a melodramatic pose, as if safeguarding her unborn child from the unthinkable.

“Not that it was all his fault. Eden’s antiquated plumbing and shingled roof cost a lot to maintain. We had to keep up appearances in New Haven, too, you know, given his position at the hospital.” A warm flush spread over Becca’s face. It was hard for her to confess Dan’s failures, as she had always been the one to stand up for him. And sitting on this love seat, in what had once been her father’s paneled study, conjured up his booming voice. “Doctors are notoriously bad with finances,” he had said. “You will have to keep an eye on things.”

Sarah let out an audible “phew,” and Becca looked up, surprised to see a smile on her face. “It’s only money, Gran,” she said. “It’s not like Poppy committed a crime or kept a mistress.”

“Of course your grandfather never kept a mistress!”

“Well, actually, I thought you were going to tell me some awful scandal, something truly shocking.”

“What I mean is that it’s not unheard of, people making bad investments.” The rain was falling harder now, and the sky had become almost black. Becca fingered her pearls as she considered the rolling thunder in the distance.

Sarah rose from her seat. “Gran, I’m just going to freshen my tea. Can I get you anything?”

“Please sit down. I’m not finished.”

Sarah bit her lip and sat back down, folding one leg up under herself. Becca inhaled deeply, trying to shake the irritation that crept through her. She took in this vision of her granddaughter: single, a student at twenty-nine, trendily dressed in a ridiculous cotton sweater that barely clung to her shoulder. She was pregnant, with no source of income and no plan for paying her bills. How could she be so nonchalant about the fortune that had supported them?

“Sarah, it means I will have to sell my home in New Haven to pay off the debt, and my share of Eden. Thomas, of course, is salivating at the chance to buy me out. But this is likely our last summer. This house is a part of me. Just think of it.”

Sarah shrank into the cushions. “I love it here, too,” she murmured.

Becca couldn’t help but raise her voice. “I won’t be able to help out with your rent any longer. You and your mother can’t expect anything from me. And I feel just awful about Lilly. She’s been with us since your mother was born. I need to find a family that can take in a gray-haired, farsighted housekeeper.” Becca swiped her index finger along the dusty windowsill to emphasize her point.

Sarah’s face was downcast. “Does Mom know?” she asked.

“Not yet. I was about to get into it the afternoon you arrived. You walked in just as we were sitting down to talk.”

“And ever since you made your announcement, she’s been up in her room, getting all worked up. This is the last thing I can raise with her now.”

“And Lilly doesn’t know either. She has no family left, and I don’t want to worry her. God knows what type of place I’ll end up in, but it certainly won’t have maids’ quarters!”

“Don’t you say a word to either of them. I’ll be the one to tell them.”

“You know I wouldn’t do that.” Sarah put a hand on her grandmother’s shoulder. “I’m sure everything will sort itself out.”

“Sarah, you don’t seem to understand how this works. How all of this gets paid for.” Becca made a sweeping gesture with her arm. “And it’s never been more pertinent than now, what with you having another mouth to feed.”

“Well, I suggest you do a whole lot more thinking. A baby is a lot of responsibility. And expensive, to boot. Maybe you should call that boyfriend of yours and see if you can’t patch things up.” Her shoulders were tense, and her hands were balled into tight fists in her lap.

“Gran, we’ve gone over this. Single moms can make it on their own these days,” Sarah said.

“You don’t think he’d be supportive?”

Becca had never liked the sound of him—Sarah’s professor, for goodness’ sake. And how was a PhD in renaissance painting going to translate into a suitable income? “I know you’re the new generation, Sarah, but . . .” Becca treaded cautiously. “I think you need to choose.”

“Gran,” Sarah interrupted, her tone defensive, almost condescending. “I am very close to finishing my dissertation, and then I’ll be applying for lecturing positions. And if Alistair doesn’t want to be a part of this baby’s life, I won’t beg him to change his mind. Women can have careers and babies these days, with or without a husband. You don’t understand.”

Becca bristled. She tucked a loose strand of gray hair behind her ear, squared her shoulders, and cleared her throat. “Sarah, I love you, but these have been a hard six months for me. Do you have any idea what it is like to lose a husband of fifty years and then to find out there’s not a dime left?” She raised her voice a decibel higher. “And for you to sit there and tell me I don’t understand? I have lived a full life, Sarah, and I understand plenty.”

Becca felt tears welling. She inhaled deeply, then dabbed the corners of her eyes with a tissue tucked inside her sleeve. She retrieved a lipstick from her pocket, applied her signature peach, and rubbed her lips together to even out the color. “I thought I would fill you in on this financial crisis to inform your decisions with regard to your boyfriend and whether to go back to school or to get to work. Consider it a courtesy.”

Now tears were rolling down Sarah’s cheeks. “Gran, I’ve never seen you like this,” she said, playing with the fringe of her sweater.

Becca inhaled, and her eyes softened. She did not like to be angry. “Sarah, this is a wake-up call for all of us.”

“Gran, I want you to know that I’ve also considered not keeping the baby.” Sarah blew her nose into a napkin.

“No,” Becca said, shaking her head. “Write to him. He may respond to a letter. Invite him up here to talk it over. Consider every option first before you do something like that.”

“Okay, I’ll think about it,” Sarah said, twisting her hair into an even tighter rope. “But in the end, it will be my choice.” 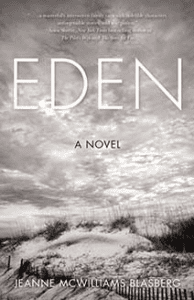