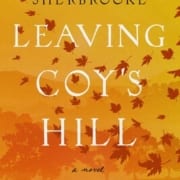 With incredible elegance and insight, Leaving Coy’s Hill strikes a perfect balance between historical setting and a rendering of the inner woman. I delighted in Lucy’s character, her quirks, ambition, loves, as well as her friendships and connectedness to important figures of the time.  While the novel illuminates the timeless female struggle for equality, tight roping career and motherhood, and achieving financial independence, its crowning achievement is an authentic, poetic voice. Sherbrooke’s language set the clocks back a hundred and fifty years with its soothing, measured cadence. Clear your calendar for this one, it’s an impossible-to-put-down, must read. 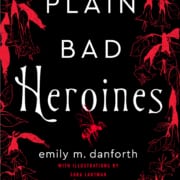 Okay, so a haunted girls boarding school set in Little Compton, Rhode Island… Plain Bad Heroines had me at hello. Emily Danforth has such a punchy and quick-witted use of language that there were always several layers of entertainment going on for me, and I was taken by her unabashedly addressing the reader throughout.

This novel has been described as Gothic, but it harkened to early Nineteenth century novelists such as Mary Shelley, Emily Brontë, and George Eliot in its third person omniscient voice. The story braids two time frames, 1902 at the Brookhants boarding school with contemporary Hollywood, and features a mostly all-female cast of characters. Both time periods include triads of young women who fall in love and suffer jealousies within their respective triangles. The initial love at Brookhants between Flo and Clara and curious Eleanor (on the outside) was inspired by the work of Mary MacLane, a shocking memoirist who in the late 1800’s scandalized readers with her bisexuality. I mention this only because it was the first of many literary and cultural references that made my experience of this book expansive, ie. a second layer of entertainment value.

As for the story itself, it was not so much a haunted tale as it was a parody of haunted tales past and present, and I am not lying reader, when I say a portion of my home was infested with yellow jackets while I was listening to the audio (you must read the book to get this.) I hear the printed version is 600+ pages, but still I would suggest picking it up if you like smart writing and courageous technique.

Note that I listened to the audio version courtesy of Libro.fm and the narrator was outstanding! 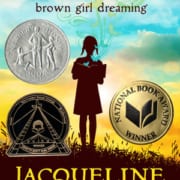 To write a memoir in prose, to distill each experience into just the right words, to leave enough white space on the page for a reader to jump in and participate with the language, that is the work of a master. Reader, you already know you are in masterful hands with Jacqueline Woodson. I listened to an interview with Woodson on the Write-Minded podcast with Brooke Warner and Grant Faulkner where she admitted that it was possible to consume Brown Girl Dreaming in one sitting, but that it pained her to hear when readers did that. She really wished we wouldn’t. Indeed, I enjoyed this memoir slowly in bites I could savor. Keeping it on hand for quiet moments when I could sit and think and enjoy the cadence of the verse. It is a book you will want to keep close at hand, a reminder that poignant imagery transports and conveys meaning better than pages and pages and pages. This is a beauty of a book! 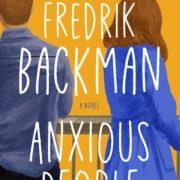 With an equal measure of humor and philosophy, Backman’s latest work examines the intricacies of family and home and the anxiety we feel over getting it right. The novel’s structure engaged me from the very beginning with its omniscient voice moving two steps forward and then one step backward, telling what the novel was about in a way that was delightfully unreliable. And as the dots connected and puzzle pieces began to fit together, the experience of this novel was as much an intellectual exercise as a dive into the neuroses of its many delightful characters. I was struck by Backman’s ability to develop all eight characters in a hostage situation so masterfully. The book goes beyond story telling and is a plea for compassion in this crazy world. It will have you laughing at our foibles and universal oddities, its observations are really spot on. I listened to the audio version of Anxious People and the narrator did an incredible job of giving each speaking character a voice of their own. I highly recommend this book! 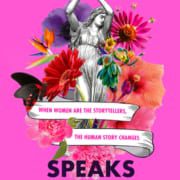 Cassandra Speaks is Lesser’s musing on how it might be different if women told our civilization’s earliest stories, how it might be different if our society valued attributes found predominantly in women as opposed to those found predominantly in men. Layers and layers of patriarchy are hard to strip off, however, as both women and men have perpetuated throughout the ages. It is our worldview.

As a writer of women’s fiction, I took Lesser’s admonitions to heart – that it is possible for us, for me, to help usher in a change. It is important to create characters that succeed because they are collaborators, for example, intuitive, loving. The book described how a younger generation is living the change, how the expectations of fatherhood has changed.

Much of this book affirms what we already know, but serves as a good kick in the pants! 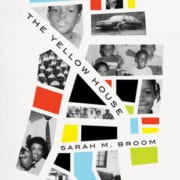 What I loved most about this memoir was Sarah’s voice, and her honest, unsure assemblage of memory, research, and interview that combines to paint a history of a house, a family, and a city. I loved being privy to Sarah’s confusion and frustration along the way, her hesitancy telling the story from the “baby’s point of view.” She is the youngest of 12 children and so much of the family history happened before she was born and that urgent sense of needing to play catch up and understand comes through in the work. A fantastic read if you love memoir, also if you want an insider’s tour of New Orleans, both pre and post Katrina. 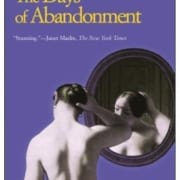 The Days of Abandonment by Elena Ferrante

Wow, The Days of Abandonment was well written with important things to say, but still pretty tough for me to read. As Olga navigates the dark days and weeks after her husband’s departure, the reader cringes and worries for the helpless beings in her care. It really triggered something painful in me as a wife and a mother (and maybe also from my helpless inner child??) I stressed our vulnerability to our spouses, but also how hard it is for mothers to break down when so much depends on us.