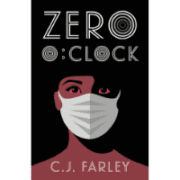 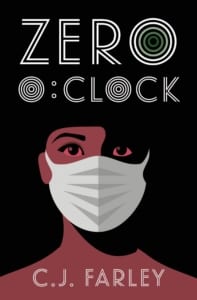 In the first line of CJ Farley’s latest novel, Zero O’Clock, Geth Montego says she “would give anything to make old people remember what it’s like to be a teenager.” To that, I say “mission accomplished.” Not only did she take me back to that vulnerable time, Geth illuminated the unique challenges of high school graduating seniors in the class of 2020. Zero O’Clock is a beautiful and timely YA novel that is both heartbreaking and whip smart, a glimpse into the world of virtual friendship, classrooms, and pop stardom. Most importantly, this novel is a rallying cry, a writer’s attempt to galvanize a global and national crisis. Through Geth’s eyes, Farley’s narrative raises issues of societal inequities and racial injustice through the voices of authentic characters who display courage and resolve. I would encourage readers of any age to take Geth’s hand as she navigates unimaginable loss and to emulate her examples of grace. “Even when we have nothing, we have something to give.”

Find other books Jeanne has blurbed.

Sixteen-year-old Geth Montego must carve a new path for herself in a world turned upside down by the COVID pandemic and Black Lives Matter protests.

Geth Montego only has three friends. There’s her best friend Tovah, who’s been acting weird ever since they started applying to the same colleges. Then there’s Diego, who she wants to ask to prom, but if she does it could ruin everything. And there’s the K-pop band BTS, who she’s never seen up close but she’s certain she’d be BFFs with every member of the group if she ever met them for real.

Then Geth’s small town of New Rochelle, New York, becomes the center of a virus sweeping the world. Schools are closed, jobs are lost, and the only human contact she has is over Zoom. After a confrontation with cops, Geth gets caught up in the Black Lives Matter movement and finds herself having to brave the dangers she’s spent months in quarantine trying to avoid.

Geth’s friends, family, and hometown are upended by the pandemic and the protests. Geth faces a choice: Is she willing to risk everything to fight for her beliefs? And what exactly does she believe in, anyway?

Zero O’Clock comes to an independent bookstore near you on September 7, 2021