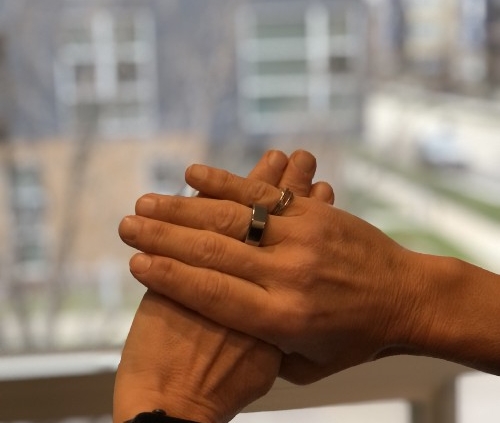 The first time I did a long drive by myself, I was nineteen. It was 1985 and I drove from Dallas, TX back to college in Northampton, MA with a detour through Detroit (long story), a hot minute in Canada and some time in upstate New York. A cooler filled with green grapes and diet coke within arm’s reach, I nibbled the whole way and biting into a grape still brings back the smoky, beige velveteen interior of my beloved Delta 88. It was a chocolate brown Oldsmobile sedan my grandparents handed down to me. It was a car, but it was also connected to freedom.

I left Dallas in late August with some cash, a family credit card “to be used only in the event of an emergency,” and a AAA Triptik. For anyone under the age of fifty, Triptiks were little spiral bound cardboard books created especially for your journey, a nice perk of AAA membership made obsolete by GPS. After getting pulled over for speeding in Hope, AK, a sheriff took me to station and basically held me hostage until I forked over $200, either that or “called my daddy.”

My cash reserves depleted, I continued on a little jittery, nothing much left for lodging between Hope and Detroit. The only thing that soothed my nerves were grapes, an occasional cigarette and watching the odometer spin. I sang along to whatever was on the radio, flipping the pages of the Triptik. All night long thinking, just turn one more page, one more page, get within x miles of x town and then pull over and look for a motel, or a place to sleep in the car.

Years later, I’d be running on a treadmill, the metrics of my effort lit by red LED lights and I’d be connected to a similar recess of my brain, the one that said, just five more minutes, just twenty more calories, just another half mile. I am wired for these little incentives, a gerbil on her wheel, a rat in the laboratory adapting to the most boring of incentives.

Thirty seven years later, I’m driving an SUV, basically a computer on wheels from Westerly, RI to Park City, UT with detours in Madison WI and Denver (long story) and each day I set my destination in the WAZE app on my phone and take pleasure in the miles whittling away, the ETA getting closer to the time on the clock display.

And when I check in to my Residence Inn with two dogs, their food, my smoothie fixings, a yoga mat and a foam roller, it hits home how so much of my life has changed, but then again hasn’t. When it’s just me and the road and the thoughts in my head, I could be any age. But I don’t need a Triptek anymore, and I have enough funds to stay in hotels. But that endurance mindset is still with me, only now I’m hooked up to devices—constantly connected. It hits home just how hooked up I’ve become, because I’m carrying all these god damned chargers! Most notably for my Apple watch and my Oura ring which have cemented me in a permanent laboratory rat mentality — what kind of sleep score will I have tonight? How much REM sleep, where will my heart rate settle? Need to get my steps in somehow, wonder how my recovery will be?

Am I alone in being motivated by this stuff? …