Throughout my recent travels, I’ve been reflecting on the idea of return. I often re-visit favorite books, reading them in their entirety or just special sections. It’s remarkable the way literature finds unique relevance for me as I age. It’s why my tradition encourages the reading of weekly Torah portions and hosting a Seder in the spring to re-tell the Passover story. Texts are static, and our evolving response to them can be considered a barometer of growth and maturity, accumulated life experience.

Over the past several weeks, however, I’ve experienced a somewhat uncomfortable, inverse phenomenon… with place. Unlike pages of text, the physical world changes from day to day — even, from second to second. But while on tour with The Nine, I’ve been revisiting places from my past, and I’m not experiencing them with fresh eyes, but through the lens of a younger me. Flooded with memory, as if blind to the changes in the landscape, I revert to a prior version of myself with emotions I’ve claimed to have left behind. 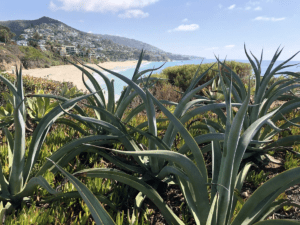 I traveled to Newport Beach, CA, where I lived for four years of high school. After I left for college in Massachusetts, my parents moved to Texas and so, Newport Beach became a distant container of teenage experience. I idealized the place over the years, my high school career becoming legend, almost a dream. As my adult life became rooted on the east coast, there was little time nor reason to return. My two best friends from had transplanted to the bay area, so a visit to California meant heading north.