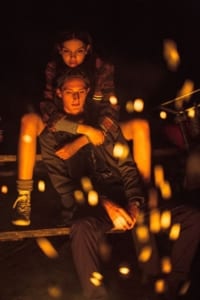 The school year may have just begun, but many families are already in the process of thinking about “the next school.” If that consideration includes boarding school, read on. Even though my recent novel, The Nine, portrays a mother’s harrowing experience as her son navigates boarding school, I still believe boarding is worth considering. While scheduling interviews, touring campuses, and filling out applications, there’s an additional data point I’d like to offer.

First, I should say that although we had three children attend three different boarding schools, I wasn’t always keen on letting my children leave home. When my future husband first told me he had attended boarding school, I was surprised. “So what’d you do wrong?” I asked. You see, I attended a large public high school in Southern California and assumed anyone who’d been “sent away” had been a problem child. He explained that a rigorous boarding school outside Boston had been his choice. Twenty years later, boarding would be our children’s choice as well (although none of them would choose my husband’s alma mater.) It was new territory for me, and I had to come to grips with the separation, the distance, and the changes to our relationship.

I’d also have to come to grips with rule books, signing pledges that I would support the policies which could fill up inch-thick tomes.

We’d drop our kids off freshman year, preaching a strict adherence to the various rules. Administrations were notoriously inflexible, and did not accommodate rule bending or extenuating circumstances. And even though our kids heeded our warnings for the most part, there came a time, somewhere toward the end of junior year or the beginning of senior year when my husband and I would suck in our breath each time the phone rang, wondering if our luck had run out.

What had once represented independence as a fourteen year old felt confining once they were eighteen, like cartoon characters with smoke exploding from their ears, I could sense they were also ready to blow. Besides, we’d seen a lot by then — one of our children’s disciplinary hearing, as well as seemingly minor offenses by schoolmates that came with serious consequences. Then there were kids who committed similar offenses but received drastically different punishments. We’d seen administrators with a range of temperaments, and rules broken due to misunderstanding rather any intent to do something wrong. It could feel, often times, inconsistent and confusing. 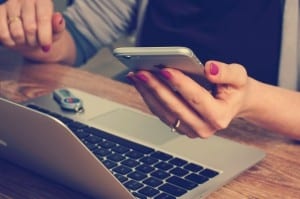 My stomach would drop, speaking to our sons or daughter on the phone each week as they reported a new crop of disciplinary cases announced at all-school assemblies. So, our mantra became, “If you need to misbehave, come home.” This was an obvious departure from the rules-enforcing parents we’d started out as, but boarding school brought about a shift — a desire to avoid what seemed like the inevitable.

Boarding school turned us into our kid’s cover, creating a sort of good cop, bad cop dynamic. The schools could play the heavy so we didn’t have to, and as such, we found ourselves on the same side of the law as our children. While this required walking a fine line, there were definite upsides to our relationships with our kids. They would confide in us more because we weren’t the ones coming down with the blanket rules. Of course we were busy setting other expectations, but when it came to curfews, parties, or spending time with the opposite sex, we were now viewed as reasonable. Imagine that! 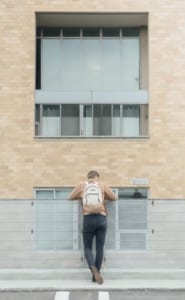 There are certain times in a child’s life when you want to lock them in a padded room for about six months– sort of like when they are learning to walk and every sharp-edged piece of furniture is an opportunity to take an eye out. The end of high school years felt like that for me. Why do the stakes have to feel so high!?!

This parenting dynamic isn’t one that’s often talked about openly — who wants to admit to being permissive, to being lenient? Then again, who wants to be the enforcer for four straight years? I can’t say being their ally was optimal; and it was hard to shift gears into disciplinarian during the summer months, but boarding school may have improved our relationships with our children. Their schools were more strict than we could ever be, and we were glad not to be in the position of policing their every move. Relieved of that duty, we could talk to them like the adults they were blossoming into, about making choices, accepting consequences, and the benefits of healthy behavior. It might seem like a slim silver lining, but as my kids have grown into young adults they know they can always confide in us and we will respond with reason.